The Indian National Congress  has started an online campaign called #SpeakUpIndia on social media, blaming the government’s lack of will for the plight of migrants and misery of the poor. Hence building up this social media campaign in support of its demand for the emergency. But a series of fake news from INC has made the campaign back into dilemma again.

‘The party shared an emotional video on its Twitter handle earlier this Thursday in which it tried to prove that the central government isn’t  listening to the voice of the poor but is busy serving its own comforts. 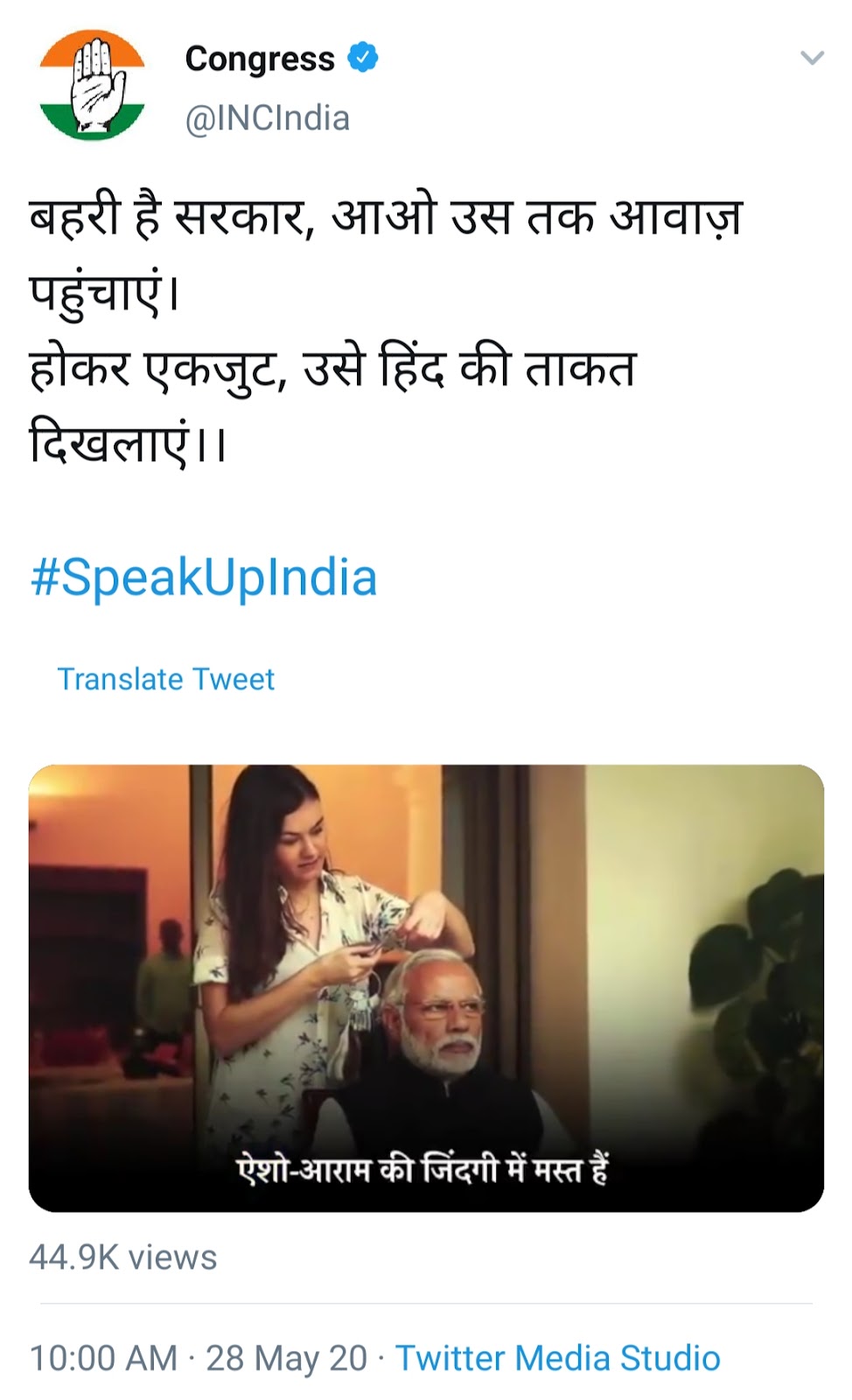 The previous photograph was actually taken in April 2016 when a group of artists from Madam Tussauds came to Delhi at Modi’s residence where several meetings were held, to collect physical attributes which included his hair colour and texture, eye colour, fittings and his skin complexion for his life size statue so as to diligently replicate it which was unveiled in London.

The netizens condemned Congress soon after the video went viral. One user said, “Do you know how low Congress can stoop.” Another user said “Congress would become a history if it continues spreading such lies.”

Another fake news including PM Modi, in which one of them says that PM hired a makeup artist of 15 Lacs. Although this news was found out to be false as the claim made by the Congress in this video, irony being that then too these hoaxes were escalated by supporters of Congress on their Facebook pages.

A campaign which began to understand the situation and grievances of workers in stranded in lockdown again took another turn and became a hub for fake news, leaving all everyone questioning the Indian National Congress. The intentions may be right but carelessness somehow takes it all away.