A single tweet from the Tesla CEO Elon Musk created a furore and raised questions within the international community whether Japan will or will not cease to exist. Before answering this question, let us try finding an answer for another important question which is: Has a nation ever ceased to exist due to depopulation in our world history? The answer is a big No.

The total land area of Japan is 364,555 square kilometers and is ranked at 62nd in total landmass when compared to all the nations. If one compares Japan with other nations that have the same land area and try finding a correlation with the population, then Japan already has a higher population to this date.

Japan grew economically after the world wars and the country consolidated its way back on becoming one of the biggest economies of the world. But the nation peaked in economic growth from 1961 to 1971 and then ultimately the growth slowed down in 1992 (or came to a halt). 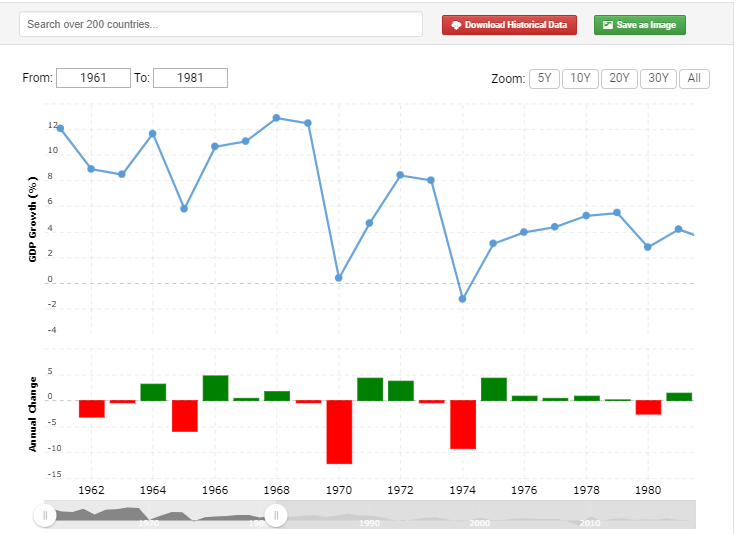 When the economy peaked in 1971, so was the population. It is not uncommon to see the same situation in developing nations like India, China, Brazil, Bangladesh, etc. India is also seeing enormous economic growth since the 1990s when they opened up to the world with new reforms and economic policies. While the population in India is growing, this rate is also expected to slow down by the year 2050. So it is common for nations to see a lesser population growth when there is dip in economic growth.

Norway, Finland, Germany, Philippines, Malaysia have almost the same land area compared to Japan but have a much lower population when compared to Japan. Geographical location plays an important role in a country to determine the population outcome. European nations like Norway (5.3 million), Finland (5.5 million) have a harsh type of climate and the structure of the country – longitudinal makes it more difficult to grow crops easily. It gets difficult to raise a family in such conditions and hence they have fewer people living there.

According to the book Guns, Germs and Steel by Jared Diamond, ‘Continents/nations that spread out in a north-south direction, such as the Americas, had an inherent climatic disadvantage. Any crops, animals, ideas and technologies had to travel through dramatically changing climatic conditions to spread from one extreme to the other.’

On the other hand, Philippines and Malaysia that have the same land area but are still growing, will continue to grow in population too. Here the climate is tropical and food is readily available, while commodities are cheap, it becomes a good place to raise a family. One of the good features is they are latitudinally large nations like India, China, USA. etc.

When an economy grows, a section of society in an economy is always benefitted and can grow things, even children. Usually, to have kids, one parent has to sacrifice and stay at home in order to nurture the child and since everything is growing, it is expected the money will eventually exponentiate even when only one parent is working. In a developing economy, a large section of the society is also unemployed and unemployment is also a big reason for more population. Lack of busyness leads to more kids in an economy.

On the other hand, when you have a developed economy (suffering stagflation), the nation does not grow, it is stagnant, and options to grow money are reduced to nothing. You get a fixed, steady income, and have standards in a society to follow up. Aspirations and personal motivations lead people to work and lead a good life and they have a little time for things like family planning. When the money does not grow during the course of time, you certainly cannot raise a family with a lot of members in it (since the resources are scarce).

Same is the situation with Japan where people do not have time for family planning for a certain age and a fixed income (where money does not grow on its own) not supporting a full-fledged family.

Introduction of Abenomics in Japan

Japan was introduced to Abenomics to open the gates of Japan for the world. Japan had been closed to the rest of the world for centuries but things have changed only recently. Seeing the trend of reduction in population (for economic reforms), Japan introduced a system to control the population reduction. Shinzo Abe, the former Prime Minister of Japan, through economic reforms also opened the doors for foreigners to work and settle in Japan hassle free. They also made sure that social security was provided to increase the birth rate and surely the effects would be visible sometime.

Japan provides higher education at much cheaper price with excessive scholarships to the deserved ones. The university tuition fees are much less and have attracted students from all over the world, especially students from China, South Korea and third world countries.

With all these reasons, it is hard to say that Japan will ever cease to exist. Yes, it is alarming that being 100% Japanese (or pure-blood) will no longer be a thing in Japan but this has been true all over the world. No country in this world will belong to the same race. It has happened to every nation if we look in the history books. Japan too has people from all over the world, especially from China, South Korea, Vietnam, with more population coming in from all over the world, Japan will have a new breed of humans taking over the country.

Even though Japan has been suffering from reduction in population, but things have been changing from sometime. It has opened for the rest of the world. After pandemic, Japanese companies are not only expanding in African Countries and countries like India, Bangladesh, etc. They are also welcoming foreigners to work in Japan. This has opened to new possibilities.

Japan has moved from Artificial Intelligence and started investing into creating a better Information Technology Ecosystem. Foreign Direct Investment (FDI) has also been welcomed by the Japanese Government with open arms and has allowed several MNCs to do business with ease.